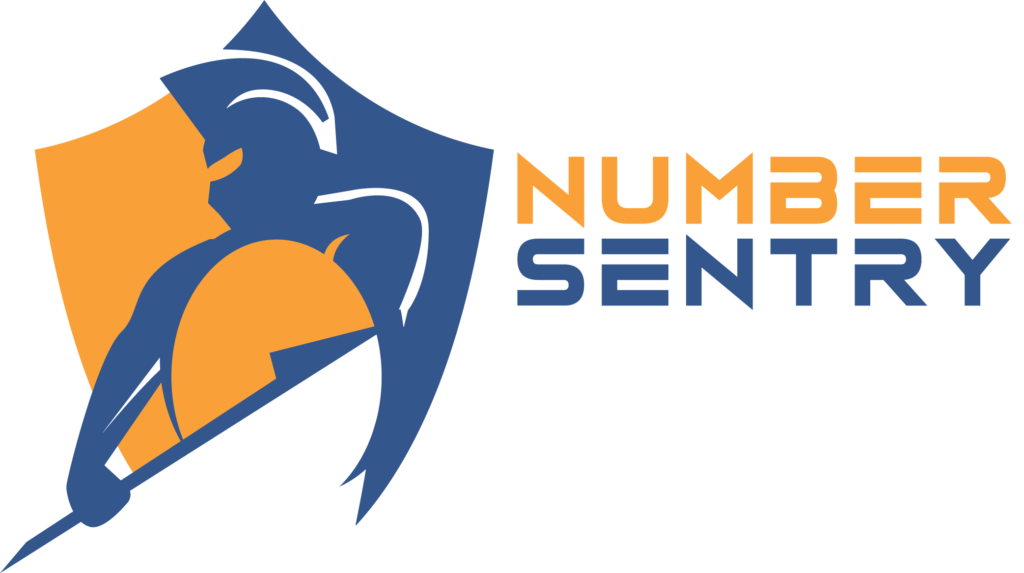 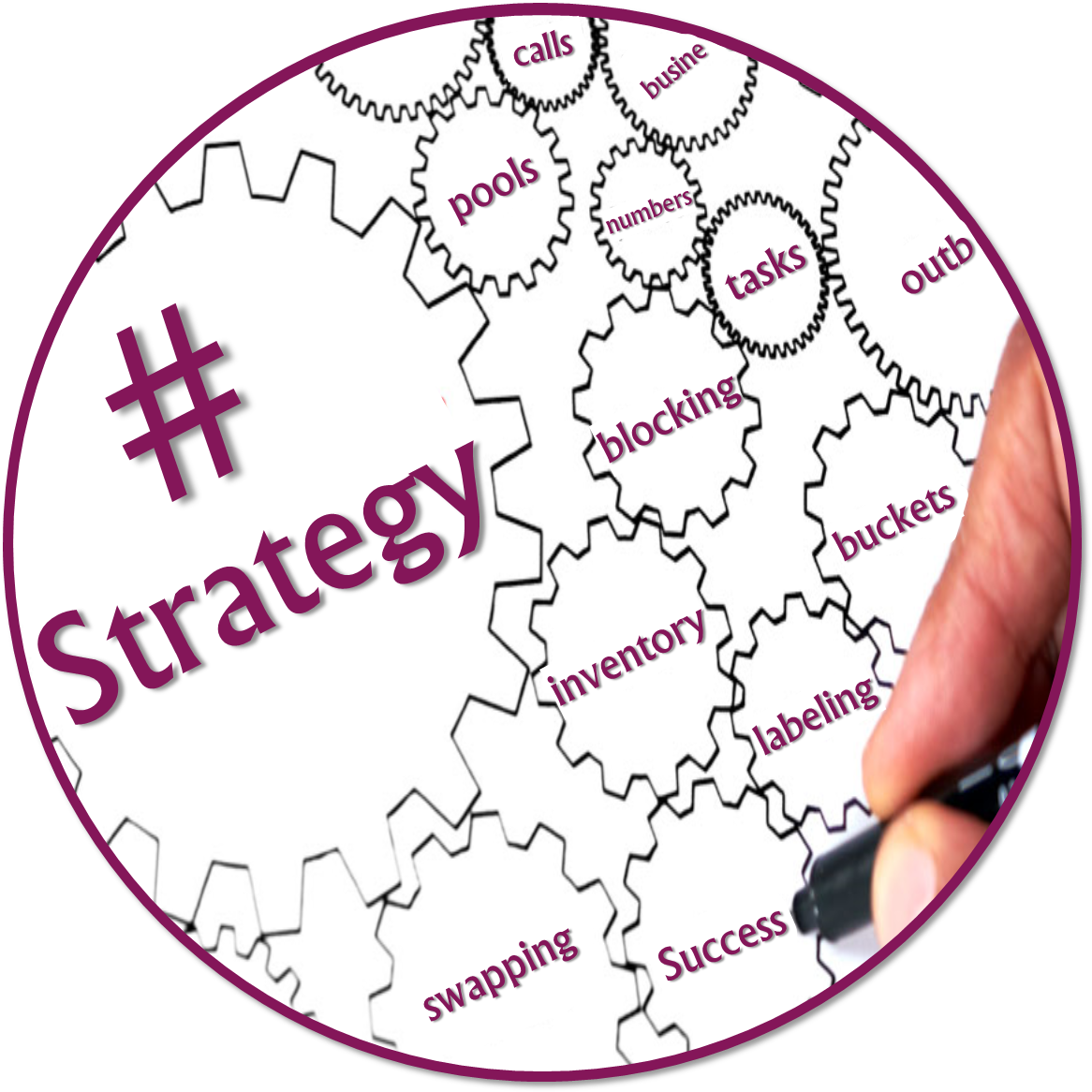 In previous articles, we looked at how the type of phone number used in your outbound calling campaigns impacts the amount of call labeling and call blocking your business experiences.  We examined using Toll-Free versus Local calling numbers as well as the decision to use Traditional Local numbers or Remote Local numbers and the impact each of these strategic decisions has on call labeling and call blocking.

Mouseover or Tap for More… 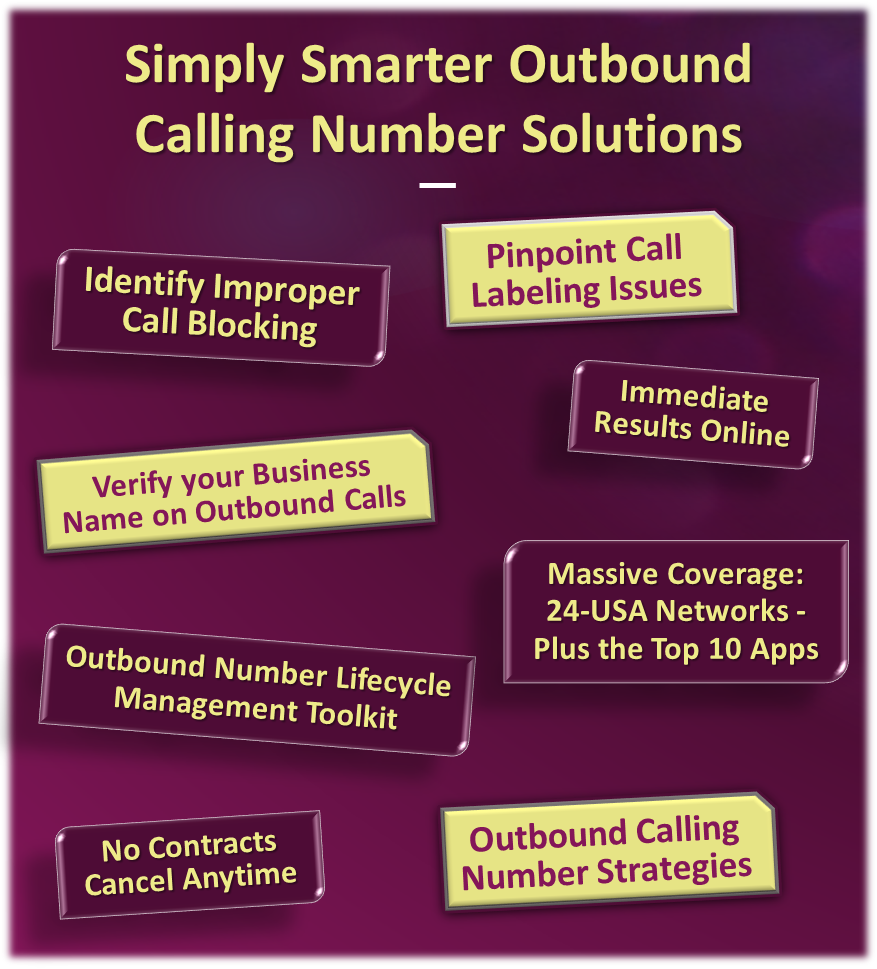 David King is a telecom futurist with a demonstrated history of thought leadership, innovation, and success in taking new technologies from concept to market.  He has played key roles at several telecom carriers ranging from Tier 1 players to early stage startups.

With a 30-year career emphasis on the productization of emerging technologies, David enjoys both a broad and a deep exposure to a wide variety of telecom and software segments.

1. Have an Outbound Calling Number Strategy

In some business realms one might still succeed without a strategy, though as they say, hope is not a strategy.  However, when it comes to managing the outbound numbers used for your outbound calling campaigns, having a well thought out strategy is the only path to avoiding serious call completion issues due to improper call blocking and inaccurate call labeling.  Some signs that your organization’s outbound calling number strategy may be lacking include:

If any of these seem familiar – not to worry.  Creating and sticking to a good Outbound Calling Number strategy requires only a bit of time and effort to start reaping big rewards in higher call completion rates and lower call labeling and call blocking implications.  The first step is simply recognizing that to minimize call labeling and call blocking on your outbound calling campaigns, your organization needs a thoughtful Outbound Calling Number strategy.

Every business leader would tell you that when it comes to running a business – you absolutely must ‘know your numbers’.  This old adage doesn’t apply only to financial numbers and metrics.  Many call centers do not have a central list of all their phone numbers with a note regarding how each one is used.  Often, there is no single place where all the organization’s phone numbers are inventoried.  Knowing your numbers is a great place to start an Outbound Number strategy.  Designate an official ‘Keeper of the Numbers’ for your organization and have them start compiling a list of all your phone numbers.

Your Number Keeper should track:

When compiling the list, the Number Keeper will likely uncover several surprises and problems that will need to be addressed.  Not to worry – this is the first step to cleaning up your outbound numbers and creating a strategy to prevent these issues and to minimize call labeling and call blocking problems going forward.

Why assign specific numbers to specific tasks?  Because each ‘task’ or type of call has its own propensity for being labeled or blocked.  Task specialization prevents the higher labeling and blocking propensity uses from spilling over and causing labeling and blocking issues on the lower propensity task numbers.  For example, general customer care calls are usually less likely to become labeled or blocked than appointment reminders.  If an appointment reminder calling number experiences heavy blocking, and you are also trying to return customer care calls from the same number, your customer care excellence goals are going to be hampered.  For collection calls, you’ll need a different set of numbers for each type of collection.  For example, outbound calling numbers used for first party and early-out accounts exhibit less labeling and blocking than third-party calling numbers.  Each of these three ‘tasks’ should use specific, dedicated outbound calling numbers.  Debt buyers – well – call us.  Aged debt callers can certainly minimize call labeling and call blocking issues on their outbound numbers – but it requires more than a of rule of thumb strategy for this particular type of call.

Outbound number swapping is quickly detected by the call labeling and call blocking algorithms and is considered a negative signal, forcing a new analysis of the number.  Every such analysis employs huge cloud-computing power to execute A.I. and Big Data driven algorithms, third-party data mining, and even crowd-sourced input to make the decision whether to label or block calls from that number.  This kind of powerful analysis is then repeated by each mobile carrier and app encountered by our outbound calling campaign.  Each carrier and app will employ their own proprietary versions of these algorithms, which results in a wide variety of call labeling and call blocking outcomes.

Frequent outbound number swapping creates multiple opportunities for each of the many Analytics Provider’s call labeling and call blocking algorithms to decide to label or block your outbound calling numbers.  Sometimes they will decide to label your number, other times they will not.  Perhaps the surest way to drive inconsistency in your organization’s overall outbound number call labeling and call blocking situation is to frequently swap your outbound calling numbers.

There are better alternatives to frequent number swapping, including managing the life cycle of an outbound number using concepts like ready pools, warm-up periods, cool down cycles, etc.  These kinds of outbound number management techniques dramatically extend the usable life of outbound calling numbers.  Such techniques are proven and are widely used in other communications technologies like helping email IP addresses minimize junk and spam filtering.

When it comes to your overall outbound calling reputation, frequent number swapping is a self-inflicted wound that should be avoided.

Expanding on the frequent number swapping theme, some outbound calling number vendors go a step further and automate frequent number swapping with number pools or ‘buckets’.  Although pools and buckets can be used for any type of number (ex. Local calling numbers, Toll-Free numbers, etc.), this strategy is often associated with using Remote Local numbers.  When it comes to call labeling and call blocking, there are big problems when using outbound calling number pools and buckets.

Both frequent number swapping and automating number swapping using outbound number buckets are simply twists on what is known as “snowshoeing”.  Snowshoeing is a technique where callers spread out their outbound calls across several different calling numbers.  This is done in an attempt to avoid leaving a ‘footprint’ that can be detected by the call labeling and call blocking algorithms.  Like real snowshoes, the idea is to spread your weight around and not sink into the snow and leave deep footprints.  The snowshoe technique dates back to the early 2000’s when email senders used snowshoeing to try to avoid junk mail or spam algorithms.  Snowshoeing is one of the oldest and most well-known techniques for trying to  avoid detection algorithms.  It is so well-known that today’s highly-tuned AI-based algorithms readily detect, identify and isolate snowshoeing – typically within 3 or 4 days from the time a pooled or bucketed number starts making calls.  You may have experienced this in your own call center – swap the outbound numbers and just days later they are labeled or blocked again.

Furthermore, by their very nature bucketed numbers ordinarily do not provide reliable business name updates that are in sync with the ever-changing pool of numbers being used for outbound calls.  Since these numbers are not often linked with your company name, they tend to display only the calling number, city, and state to the consumer.  Not only does this impact consumer answer and callback rates, it also thwarts the very data mining efforts of the Analytics Partners that may differentiate your call from the ‘bad robocallers’.  Analytics Partners (the companies that make the call labeling and call blocking decisions) have even testified before the FCC that bucketing or snowshoeing behavior is a negative signal that they readily identify and use as a negative signal to label and even block calls.  Perhaps the time has come to ‘Kick the Bucket’ on this particular outbound calling strategy.

If you are downgrading your plan, we will prorate what you have already paid and credit your account. That means you may receive ?free days? before the next regular billing cycle.

All Number Sentry plans include 1000 Number Mapper Credits each month for each of your Outbound Numbers. Your Number Mapper credits never expire. Unused credits rollover to the following month.

Near Perfect Match. The Displayed Business Name has spacing or capitalization variations

No Brand Presented. No Business Name is displayed. Usually only the calling phone number is being displayed.

The selected action requires the Number Mapper feature to be added to your account. To request Number Mapper Activation, click here.

Your Calling Number was listed in an

Your Calling Number was NOT listed in an

Since the last time it was tested